this is just a very brief post about the latest cakefest. If you are coming for downloading the pictures, scroll down : ). First to all of you who missed Tim at the fest and in the pictures: He couldn't attend the conference because he broke his knee in a couple of nasty ways when playing soccer and is still recovering : /.

So I just came back from Buenos Aires where Mariano Iglesias
organized an amazing CakePHP conference. Earlier this year we already had a fest in Orlando which was unofficially labeled "beerfest" by its attendes. This years conference is probably going to be remembered as either the meat or tubes fest.

Why meat? Well a picture says more then I ever could: 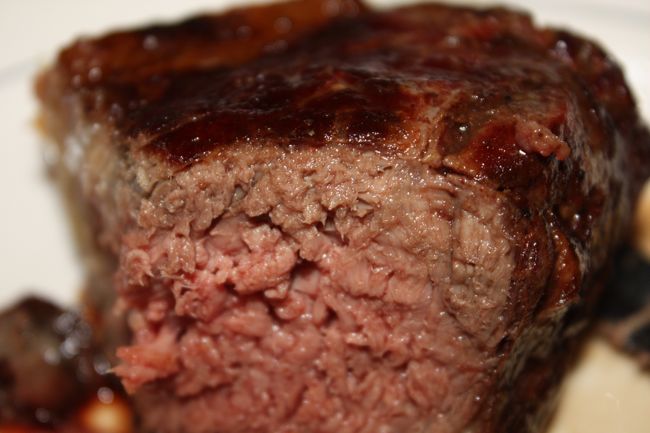 It may also be the tubefest as one of our the main activities was to find tubes wherever we went as it was hard to get online during the conference. 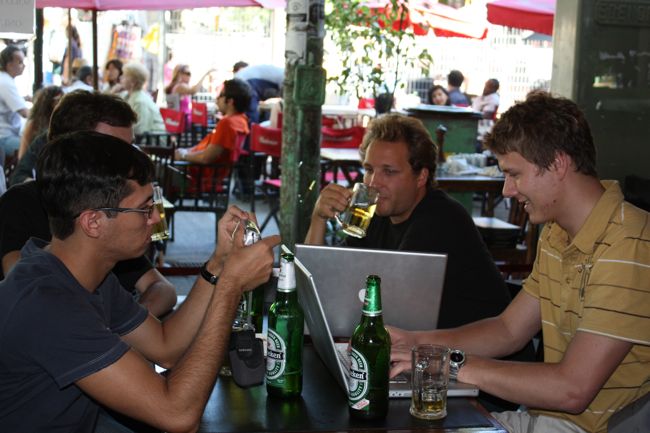 Thanks to mariano the entire event had full i18n support. Everything from the website, down to the attendee cards was bi-lingual. 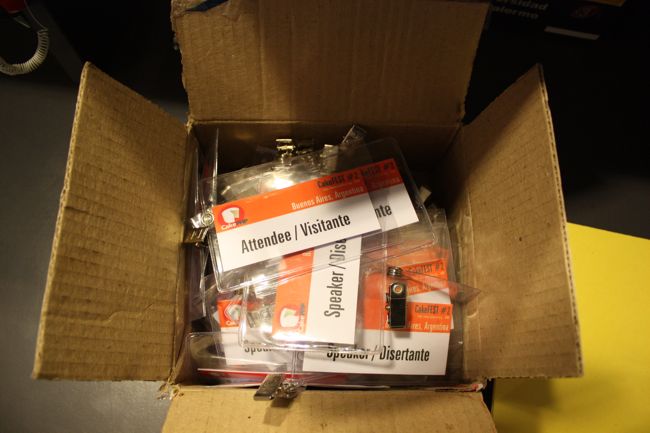 All talks where simultaneously translated by an excellent team of translators who did an amazing job at breaking the language barrier (but may have shortened their live expectancy considerably due to some very fast baking at the stage). In this pic you can see a bunch of us listening to a spanish talk: 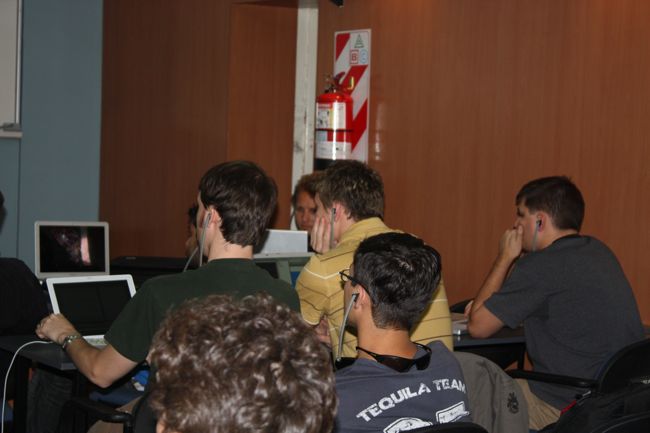 One night we had a team dinner, this picture was taken afterwards and shows Mariano, Garrett, Nate, Me, Jeff, Renan and Mark: 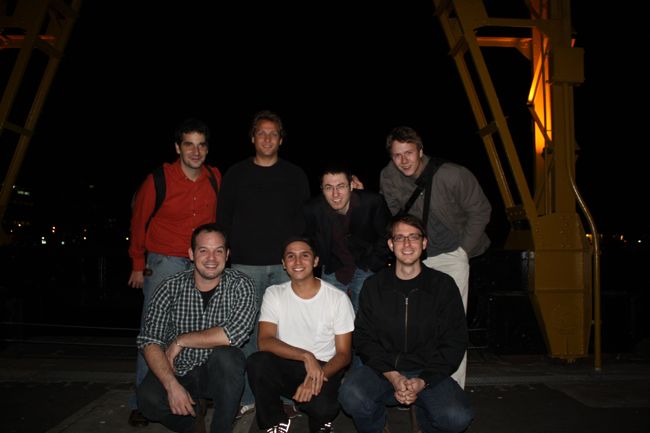 Here you can see Garrett showing off some cool console features: 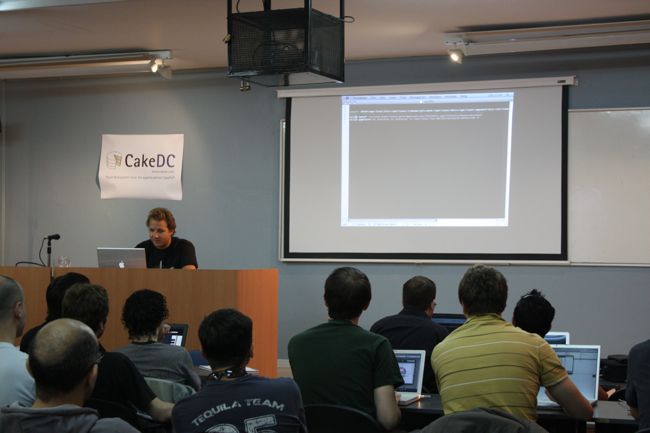 Jim gave an amazing talk about how he and the company he works for used CakePHP to build a massive document processing application that helps people to clear their criminal records. 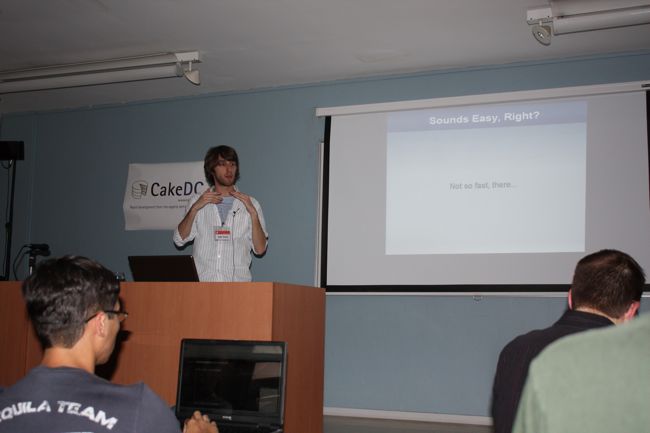 This was at the last day of the 4 day event, you can see all the presenters and as we're holding up the sponsor logos: 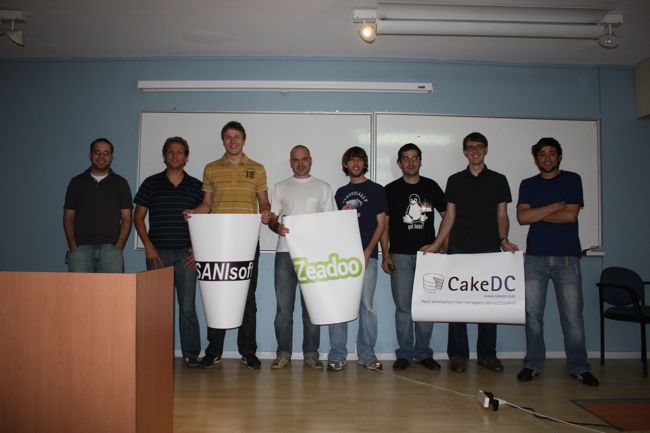 And last but not least a nice group shot of fancy dinner we had : ). Btw. if you're looking for that picture of me asleep in the restaurant and the wine bottles next to me, download the full image pack : ). 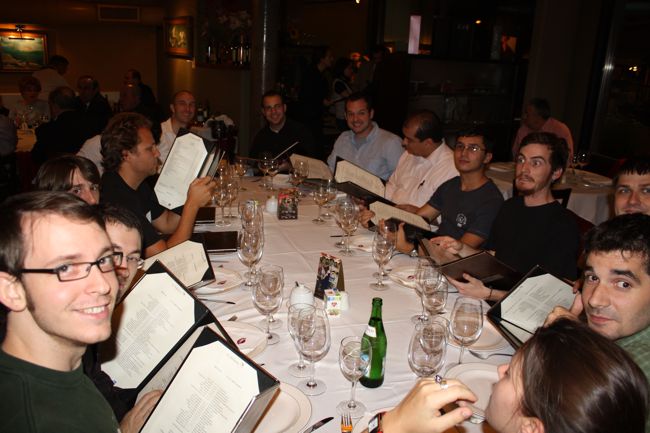 So all in all CakeFest Buenos Aires was a huge success and I really enjoyed meeting everybody and seeing the spanish CakePHP community in action. A special thanks also goes to all of those who travelled the long way from Australia, New Zealand, Canada and elsewhere to attend the event!

Now, as promised, here is the full download to all 307 pictures, most of which were taken by Claudia (Mariano's Girlfriend) who really deserves a big applause for all the great help and work she did behind the scenes.

PS: Why so serious Mariano? 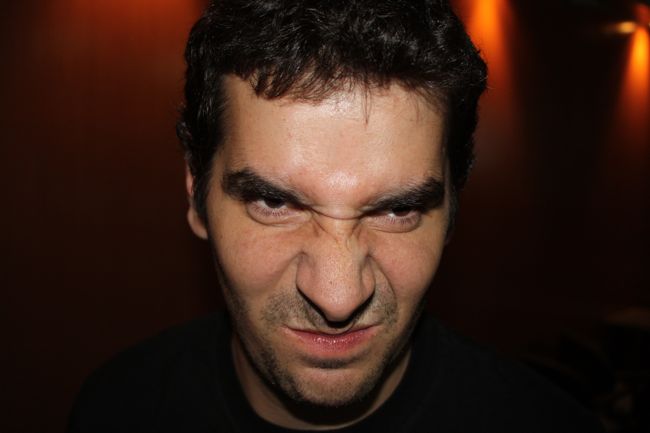 You can skip to the end and add a comment.

Thanks for the pictures Felix!

Damn, I've always wanted to go to Buenos Aires. Now I want to live there!

@Felix
I think we can affectionately call this event SteakFest Numero Uno.

I am happy to have full tubes to download the 29mb of photos. Thanks a lot for posting them. The picture of mariano looks scary similar to the one on my new tshirt, which actually was the Joker.

Thanks again for the awesome presentations.

Thanks for posting all the photos felix! Was great to finally meet you as well :)

Hopefully the next CakeFest will be in Germany or somewhere else in Europe, for I couldn't make it to Argentina...

Great photos felix. what a killer trip! Pretty much everyone's presentations blew my mind. Just what I had hoped for. My photos aren't nearly as nice, but I'll share them soon. Definitely some fun ones.

nice... what about all those slides? and audio!?

I should have been there if not for anything the Steaks!! Thanks for holding the SANIsoft logo in the presenters group picture :)

+1 for CakeFest in Europe

@rafaelbandeira3
I don't think the people recorded some audio.

@Felix
Thank you for the photos.
And the SteakFest was awesome!

Nice to meet you .. really interesting your work!

Nice work Felix. Thanks for the photos! It was awesome meeting all of you. Work sucks :(

Looks like you had a great event, as usual. Man, I wish I could have attended. I won't miss the next one (Berlin?) ;)

hey felix, renan, mariano and others: i put up some pics from cakefest on my myspace. hope you don't mind i pulled a few from yours seeing as my gallery is geared towards close friends and family.

(tried to put the link directly but your spam filter blocks the url: myspace.com/pointlessjon and my photos are public) hasta amigos

Thanks for the pictures! That saved me from snapping quite a few :)

This post is too old. We do not allow comments here anymore in order to fight spam. If you have real feedback or questions for the post, please contact us.

We are on air since 2006. Take a tour through the blog archive.

Maybe you can write so ..

This is very nice plug ..

Thanks didn't quite un ..

Well you could expose ..

Keep an eye on